You may or may not have heard of Facebook’s ambitious drone project designed to bring internet access to remote areas. It’s been a while since we’ve heard of any updates, but it’s nonetheless worth it to look at what Aquila entails in this overview.

In the summer of 2014, Facebook acquired an England-based drone company named Ascenta, who constructed the Aquila prototype. The drone concept was developed by Facebook’s Connectivity Lab, which was founded in the same year, based on Ascenta’s technology. Ascenta was specialized in solar-powered drones, and now its owner Andy Cox runs the Facebook Aquila project as an engineer.

The first full-scale prototype was built by the end of June 2015 on an industrial estate in Somerset, England. A year later, in June 2016, the aircraft was dismantled and taken to Arizona where it was reassembled for its first test flight. The solar-powered drone completed the first successful flight on June 28th. Originally, the plan was to fly Aquila for 30 minutes. But because it performed so well, the drone was kept in the air for 96 minutes. 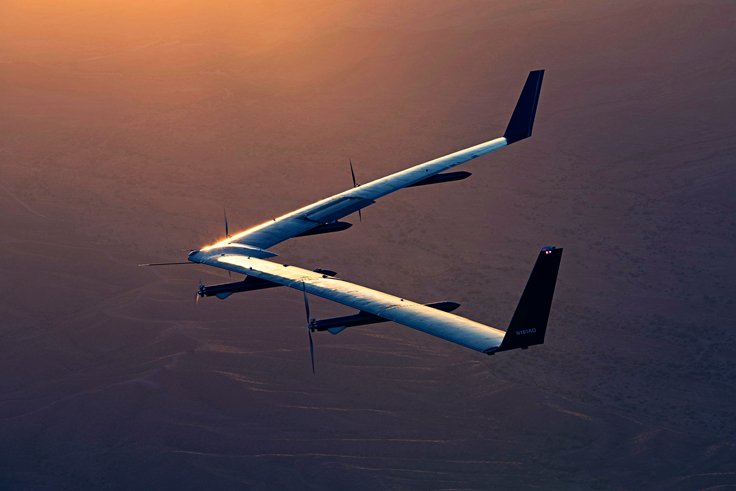 This allowed the team to gather crucial data about the aircraft structure. The prototype used a launch trolley to become airborne, but the expectation is that Aquila will be launched using helium balloons, carrying it to operational altitude and then releasing it. The drone did get damaged however during landing, as it touched down short of the runway, suffering structural failure just before touching down.

Facebook’s goal is to have a fleet of Aquila’s flying simultaneously at an altitude between 60,000 and 90,000 feet, well above conventional air traffic, communicating with each other and the ground by laser technology and staying in the air for 90 days at a time. There is still a lot of work however to realize this, as the current record for continuous solar-powered flight stands at two weeks.

The drones could provide internet access to people located in a 60-mile radius on the ground. The laser technology is being developed by a team in California, and according to Facebook they have achieved speeds of tens of gigabytes per second. That is fast enough to provide thousands of people with broadband internet access.

The idea is to have the drone flying on solar power during the day to replenish the batteries that will keep it powered at night. The batteries make up half of the weight of the aircraft. The aircraft weighs a third as much as an electric family car.

Aquila’s wingspan exceeds that of a Boeing 737. And at an altitude of 60,000 feet, the drone can fly using just 5,000 Watts of power – the equivalent of three hair dryers. Due to its size, Aquila is very slow. It flies at less than 80 miles per hour. But that’s a good thing, because this allows for the best endurance, using the least amount of energy, allowing Aquila to stay aloft for months at a time (in theory).

In May 2017, the Aquila completed its second flight which lasted for 1 hour and 46 minutes. Several modifications were made to the drone after the failure it suffered during the initial test flight, including spoilers on the wings, hundreds of sensors to gather data, modifications to the autopilot software, new radios for communication and a horizontal propeller stopping mechanism to support a successful landing.

In November 2017, Facebook announced a partnership with Airbus to further the development of the Aquila which includes the collaboration on a “high altitude platform station (HAPS) broadband connectivity system”.

Additionally, it was announced that Aquila would be displayed at the Victoria and Albert Museum’s “The Future Starts Here” exhibition in 2018 in London, which runs from May 12 until November 4.