Airbus has recently demonstrated the first ever automated drone-based, innovative aircraft maintenance tool at the MRO Americas exposition in Florida. The exposition is a gathering of aviation maintenance professionals from around the world. Airbus’ Advanced Inspection Drone is to be operated inside a hangar, capable of accelerating and facilitating visual checks, considerably reducing aircraft downtime and increasing the quality of inspection reports.

Following a predefined inspection path, the automated drone captures all the required images with its on-board camera. High quality pictures are then sent wirelessly to a tablet for the operator’s review in real-time. They are also transferred to a PC database for detailed analysis using a software system. This allows the operator to localize and measure visual damage on the aircraft’s surface by comparing it with the aircraft’s digital mock-up. The software automatically generates an inspection report. 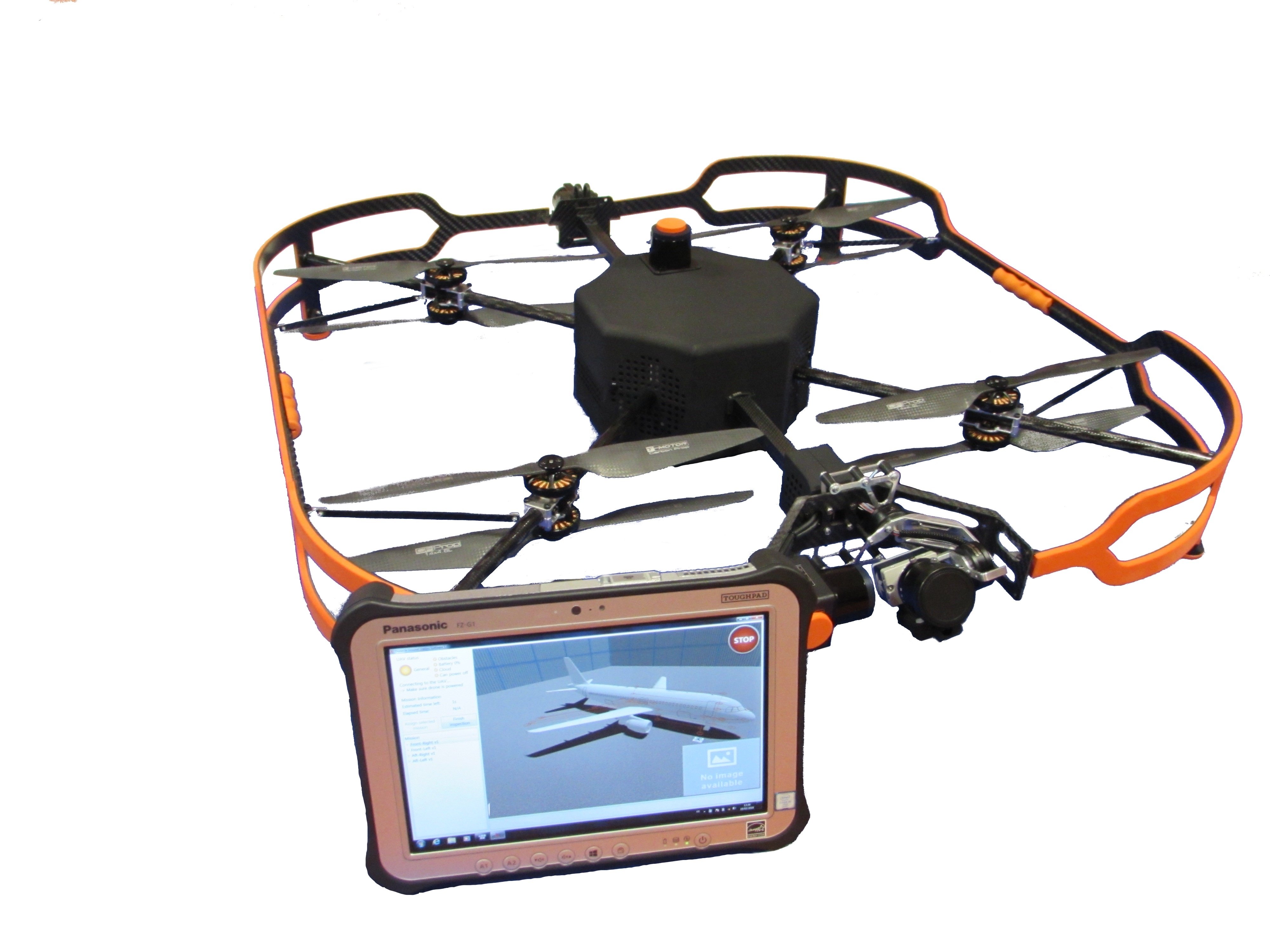 Pictures are sent in real-time to the operator
Image source: airbus.com

The new system will be available for the industry in the fourth quarter of 2018 following EASA approval of the new inspection process, as a valid alternative means to conduct the General Visual Inspection (GVI) process.

Initial demonstrations have been made to several airlines which have expressed interest. It will also be offered to MRO organizations. Since it is designed for use inside maintenance hangars, the drone is equipped with a laser-based sensor capable of detecting obstacles and halting the inspection if necessary. This laser-based technology allows the vehicle to fly automatically without the need for remote piloting. 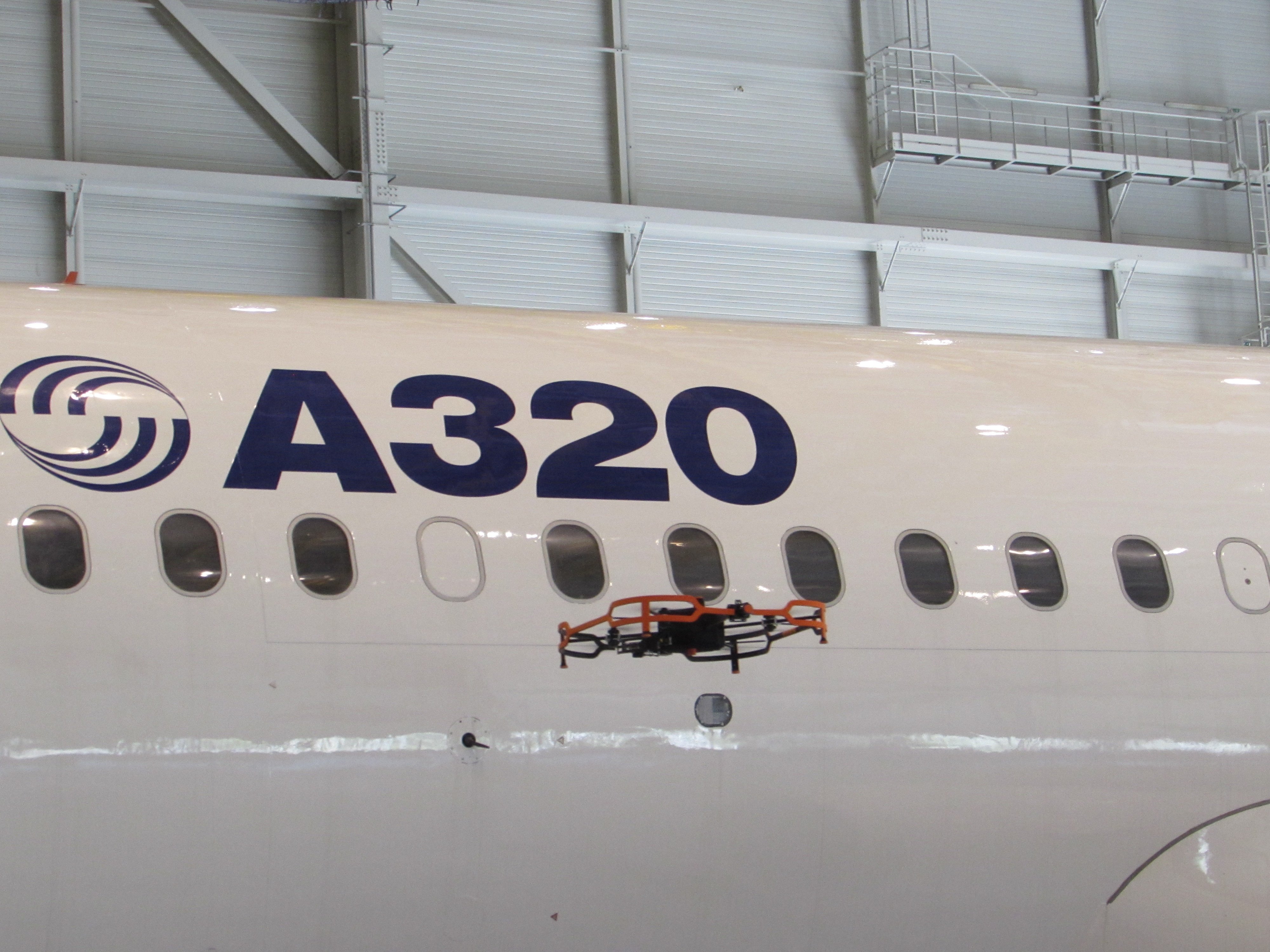 The new inspection process will take only three hours, including 30 minutes of image capture by the drone and it will vastly improve operator safety. By contrast, traditional aircraft visual inspection is performed from the ground or using a telescopic platform, in particular for the upper parts of the aircraft – a process which could typically last up to one day.

Read more about it here.